Chapter 1: Nivas and the cop

The door bell rang continuously over and again. Nivas rushed to the door. “Coming, coming...” He shouted as he descended down the stairs in the big hall of his guest house. He usually vacationed with a girl of his choice from his friend’s circle in the guest house now and then. He made sure that there were no one else other than Kavitha. Kavitha was his maid and she was strictly instructed to complete her works between 9 am and 1 pm, everyday. The rest of the day he spent alone with the girl who accompanied him.
He opened the big wooden door with an irritated look. He never had visitors. The watchman, Kumar, was instructed to send away all the visitors saying that there was no one inside. This was unusual. He was surprised or rather shocked to see a cop at his door steps.

“Are you Nivas?”, the cop asked and glided inside the house through the small gap between Nivas and the door.

“Yes. May I know who you are and the purpose of your visit?” Nivas mumbled.
“Are you alone now in this house?”
“No. I have a girl with me. She is a friend. She is upstairs. Now whats with that?” Nivas asked with a firm tone assuming that the police had come just to know if something illegal was going on. He was sure this was not illegal.
“This is not illegal. This is my guest house and she is my friend. She is here with her full consent. You have any more questions?” Nivas said firmer than before.
“Have you ever brought this girl here?” the cop threw a girl’s photo on the huge glass table in front of a luxurious sofa. The cop sat in the couch and threw his cap next to him.
“This is Ruchita. I know her. She was here with few months back. You see, she was a beautiful girl.”
“Do you know that she is no more.” 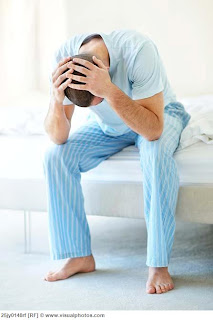 “What? I met her a week back. She was fine.” Nivas was shocked.
“You met her last week? Where did you meet her? How was she? Who was with her?” the cop shooted out all the questions that could possibly follow an answer like that.
“No. No not last week. Last month or so I guess. Oh, no it was not Ruchita. I was wrong. It was Rita, whom I met. Sorry sir.” Nivas said.
“Don’t try to hide it from us. We know you met her a week back. She is dead now. She committed suicide.”
“Sir, I have no idea why she committed suicide. We just exchanged ‘Hi’s and ‘Bye’s that day. There was nothing more than how we were in the conversation. Please leave me sir.” Nivas’s voice broke down.
“When you asked her how she was, how did she react?” the cop asked.
“She said she was doing fine. But she had tears in her eyes. She said she shouldn’t have broken up with Rahul and that was the biggest mistake she had done.” Nivas said.
“Broken up? Does that mean that she was in a relationship with Rahul?”
“Yes, they were. Long time back.”
“Can you tell me how it happened? Where did they meet? How did the relationship take off and how did it end?” the cop insisted that Nivas told everything he knew. It was crucial for the case.
"I just know that they were in a relationship. Nothing more. I can give you Rahul's address." Nivas picked up a card from his volet and handed over to the cop.