Home » Talk on Stuffs » Teach women to stand a rape

Teach women to stand a rape

The Delhi gang rape was all over the internet. I felt sorry for the sister who was brutally raped and killed by I-don’t-call-them-men or I-can’t-call-them-human. This story was drilling my head every second from when I started hearing about it. ‘RAPE’, the word is itself so scary and painful one for every woman, every father, every brother, every husband and every true man. Every time a rape case is showcased by the media the public's blood boil; people talk angrily about it, blog about it, think about it, cry for it, extra-protect the females in their families. All this happens for a week or two. What happens after that? We eventually forget it and get convinced that such cruelty isn't happening anymore till something similar is showcased by media again. This is just one case which hit the screens by randomness. There are many such sisters who are equally pained by such cruelty or even more and their stories still remain in the dark; No lights, no camera, no action.

Just like every other person with senses, I got my nerves deepening, teeth gritting and blood boiling in anger. I too felt that I should do something about it. Being a GIRL from a normal middle class family what could I do? It kept me thinking harder and harder. None from my family, friends circle or acquaintance had the power to do anything; neither money nor political power. Even if we do what could we do? I am not a super woman to be there at every such scene and burn the maroons to ashes; I wish I were but unfortunately no I am not.

I was lost in random thoughts. What is the main reason why most of such nonsense happen? Not only rape but even a sexual abuse through words hurt a woman, equally. Even the looks of a guy dropping to her bosom can cause an irrecoverable insecurity in a woman. But why are we not able to stop all these? People are ready to blog about it, talk so much on facebook about it still nothing changes. Why? If I will have to point out someone, just like what happens these days when a case comes up, I would point my index finger towards you; yes, YOU the one reading this and the rest who are not reading this; that includes everyone of you. Don’t forget that the rest of the fingers are pointing me. We are responsible. How?

There are hundreds of girls being raped. Why aren't there as many rape cases filed as the number that actually happens?

Before asking why cases are not filed lets think what happens if a girl files a case for being raped. If the rapist or even one of them has money or political power the case is suppressed. If that doesn't happen easily someone else accepts that they raped the girl and the real evil lives happily trying his hands on the rest of the girls.

If the case reaches investigation stage, the girl is striped off her dignity with the kind of questions asked in interrogation. The pain of getting raped could have been lesser than answering these questions.

If the case has some potential to question the working of the ruling party and shake the four legs of its chair, the opposition adds oil to the burning fire. Such cases reach the ears of media who are ready to help the girl getting justice by putting her life so much in public equivalent to making her stand nude in front of the cameras. Every one debates about her personal life instead of the rapist's or sometimes the incident itself is forgotten. People try to turn the pointing needle towards her as the reason for the rape.

‘What did she wear when she was raped? Skirt? Short one revealing her legs?’
‘Was it a matter of money? Was what she was paid less that she came so public about the case?’
‘Was she a nice woman?’

Even strangers to her or the case start debating about this. We do that right, in our cafeteria, chats and chit chats. We just need a topic to talk about and debate on. Who cares what it means to the girl or her family.

This is just one part of the story; a story from the eye of a distant spectator of all this political, media or money game. Giving a closer look at why these rapes don’t go to the complaint papers we realize the biggest seed of all these being us, again.

When a girl is raped, she commits suicide. Why?
When she comes back home with a cry her mom beats her up saying she has poisoned the respect and dignity of the family why?
She runs away and ends up in a brothel and considers it a better place to live the rest of her life. Why?

We talk. We fail to accept. We fail to look at a girl’s life from her own eyes. ‘WE’ includes both men and women.

Even if a cousin or third cousin is a victim of a rape case we think twice before getting our son or daughter married to a guy or a girl from the family. How many parents are ready to get their sons married to a rape victim who is a perfect match? How many men are ready to marry a girl who was raped, which is no fault of hers and who boldly survived it, filed a case against it? Leave aside the rape victim, just tell me how many families welcome a marriage to the girl’s sister? We are afraid even to know the answer for these questions as the answer would be close to none. So if a girl survives a rape and files a case she cant live in the society with the same respect as before. She becomes a hindrance for the family and hence she runs away, ends her life or bury it in the dark keeping the pain to herself. Is this the only reason why blame us? No.

We talk. The biggest reason for all these is our story writing power, our imagination and our need to talk something or the other. When a woman in our street or office complains about, leave off rape, being sexually abused, out of 10 people knowing this 9 gossip about it; out of nine gossiping about it 7 build a story which is all together a guess work or imagination.

‘She says he tortures her but see she still works in his firm. Something is wrong with her character.’
‘ she was going out with him. She accepted all his i-don’t-want-to-say-what. Now since he moved on she is trying to act like a pure woman’
'Look at how she smiles at men and talks with a pleasing tone. She is such a flirt.' we say that to even air hostess who do their job, which is to smile, talk pleasingly and tolerate. She does her work but our eyes call it flirting.

Talking doesn't only stop girls from bringing to light their problems, it also curbs their rights to dream. Most girls’ passion die fearing talks. How many passionate dancers are able to dance after they are married? Do you know how many passionate film makers are sleeping inside the sarees that woman wear thinking that it would help them stay with dignity? Why? Because we talk about actress without really knowing who they are and what they really livelike. We talk ill of the film industry without even experiencing the bad side of it. Because WE TALK and WE WANT TO TALK SOMETHING. This is just an example people.

If you want a country that’s best for women, best for your daughter or sister to live in, stop talking without really knowing. Accept a girl the way she is, for what she is and don’t evaluate a girl’s character as you have no right to do that. Give a girl the freedom to do what she wants for no one would do what they know is wrong.

You can’t stop rape by just hanging the rapists as most of them are still in the dark. If you want to bring them to light stop talking. Stop talking nonsense about a girl just with the smell of the flower that blooms without knowing the seed or without even knowing who sow the seed.

Even now, I am scared to write this. I had to think twice before i typed every sentence fearing the judgmental conclusions. I don't know if what i have said is right or wrong but what i am asking for is the right to say what i want without those TALKS. We woman don;t have that freedom or do we?


Either stop talking or teach girls how to stand a rape. You chose what you want. 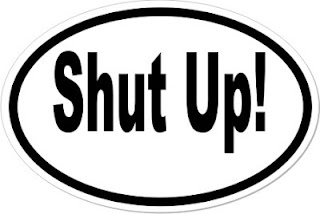