This was the day i had been waiting for, for years, ages together. This day always seemed light-years away in the calendar. Finally the thirst for it was quenched that moment i got up. The day had finally dawned. Everyone undergoes this feeling, the hunger. We wait for it, throat-dried, all life, till the day comes. What’s the thirst i am talking about? What is the day all about? Comeon Guys! A tour into my life after a very long time.

That was the time when i had nothing but a boring monotony in life. My brain was almost in a stage close to rusting. Only hope giving factor was my search for the day in the mobile calendar and fix an appointment in the never-touched-before scheduler app, over and again. There were days when i had spent all the time i had, just dreaming about ‘The Day’. Every single night my thoughts scribbled few pages of hope within me. The scraps of hopes and dreams inscribed within me went on and on, bulkier day by day. My hunger for that day slowly made me starve; almost nothing else engaged my mind. Every single thing around reminded me of that single day.


Finally it all happened; the moment i got up i realized that it was the day i had been waiting for so many years. I got ready in almost fractions and went to the bus stop in the best dress i had. A bus came which had my college’s name written in bold letters. It looked almost like a ‘Thagara Dabba’. I carefully boarded the bus through the slippery footboard. I was safe but the entire chapter of a cool hi-fi college bus journey slipped and dissolved itself in the stagnant water. 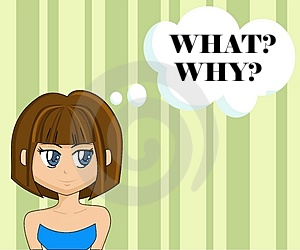 People looked at me strangely and i gave them the same look. I thought they were all seniors and later discovered that we were all from the same batch. It was the same story their side. With all the dreams tied up in my brain i sat in the window seat. I pulled out each of my dream and visualized them. I had always had dreams about my college life right from 1st standard. I still remember the EVS class which was way too boring. I started longing for a college lift right from there. The main reason was because i thought college people don’t have HWS, TESTS, UNIFORM and most importantly what attracted me was the freedom to walk out of class when we wish.
I got down from the bus and every step to the gate was a delight. The life i had dreamt of was just few steps ahead. I walked slowly with all the dreams piled up in my hands. The moment i stepped into the college, one step away form the gate, a voice stopped me from moving ahead. I dropped the scarps of dreams in a hurry. I managed to pick them all and set them not-so-rightly-ordered within me and turned. A guy who looked like the guys in films, who get thrown from big building by the hero in the climax scenes, stood near the gate with a head shield. It wasn’t raining nor was it too hot for such a shield over the head. I was wondering why he needed one. When i realized that he had called me, i went close to him. I couldn’t control my laughter. He was no way close to the bulky guys who get beaten up, he looked like some cartoon character that gets hit by Popeye, still not like the main villain bluto. I controlled my laughter and stood like a statue.  He pointed out at my sleeve edge of my chudi top and said “Short sleeves are not allowed, don’t wear it every again. If you wear such short sleves, it will distract guys” I did not know how to react. Till then not a single guy looked at me or my sleeve. The moment he told this, every guy who went by, glared at the short sleeve and me. It was a decent length, im sure. “Was he visionless or senseless?“ I said to myself but nodded and left the place. As i moved toward the building i tore off the invisible pages about “cool dresses” and feeded the swans there with it.
I entered a class full of noise-less people. I looked around and there was no staff. I was wondering how students could be so silent in the absence of a staff. Absolutely not the kind of classes i had seen in movies. I felt like i was among a group of saints. I refused to smile at anyone. Girls were seated in the left and guys in the right. I took the last row. There came the hero and heroine of the day. They came together. They sat in the benches parallel to each other and continued talking. A guy in black and white came running following them. He pulled out the two of them outside the class. After few minutes they came inside along with the villain, took their bags and went to two extremes. That black and white uncle asked us to maintain silence and he left. We all thought that they were lovers and had kissed eachother in the corridor.

That is it, she became the heroine for the moment and everyone started looking at her. Till then the class was like a graveyard, the moment he left everyone started asking the two about what had happened outside. She told the girl next to her and the info got spread through air like swine flu It reached my ears in a form that said that the two had spoken to each other and that he had warned them that girl-boy interaction was considered a crime in the college. They punished people who spoke to opposite gender and spoke to them in a harsh tone as thought a girl talking to a guy, will pass down sins through the heredity. I almost felt like dragging all the directors and actors of movies that portray college life and pelting stones at them.
To b cont...
Disclaimer: The characters and incidents in the below note are completely imaginary. Any resemblance to any college, student, staff or row..sorry floor supervisor and ...SIR, i m not responsible. Comparison of the narrator with me is completely prohibited. After all this boring, stupid disclaimer, if you still want to read about my college life go ahead, risk is all yours.
Similar posts: http://scribbledbygb.blogspot.com/
scribbled by Ganga Bharani (GB) - September 20, 2011