Zoom IN:
In Nisha’s Voice:
“Wait wait wait. We will help you” I heard a voice and turned towards the direction in which it came.
A man got down from a car followed by 2 other men. I had no clue who they were. Within no minute Tine and I were dragged into their car. We had no strength to fight. Mish’s corpse was dragged to the car as well. We were drugged. I have no idea what they did with Mish’s corpse. I dont know how long we travelled where we travelled but when I woke up I was locked in a room.

Zoom Out:
“Anushka, were you locked up too? Why dont you tell us what exactly happened after you came to this city with him?” Nisha asked.
“We went to Culcutta. He took me to his friend’s place.....” Anushka started.

Zoom In:
In Anushka’s voice:
Ashruth left me in a room and went out to make a call. Then he came in and asked me to pack my things.
“Where are we going?” I asked him as i packed my bag.
“We are going in search of a bright future.”
“How? Where? Aren’t we getting married.” I asked him as we walked to the car that was readily waiting outside the house. He waved at his friend and we got into the car.
“Ya. We are getting married. Now just zip your mouth for sometime. I am tensed. This is my first time.” He said as he wiped the sweat that sparkled on his fourhead.
“First time? Marriage happens only once.” I was surprised that he didn’t know that. The driver looked at us and smiled.
“Getting married?” the driver asked me that with a grin. I had no clue what was happening around. Finally we reached a big building. He took me in and I was made to sit in a wooden bench. The man who welcomed us gave him a bundle of currency. I saw all that from a distance, in mute. Then I realized that I was sold. I was sold. Damn it.

Zoom Out:
Maya suddenly got up and slapped the two of them.
“Whats wrong with you Maya?” both of them scremed in sync.
“You know what, you girls are fools. You walked your way to this place. You had a good family, good enviroment to live in. But you girls ruined it all. You know how I landed up with this damn job?” Maya broke into tears.

“Stop crying b**ch. Tell us why you slapped else you will be beaten to death right here.” Nisha said.
Maya wiped her tears as she spoke.

Zoom In:
In Maya’s voice:
I was the fifth daughter in my family. I have never seen y other sisters. I was told that they were all adopted by wealthy families. I never desired to have a wealthy life. All I wanted was to stay happily with mom and dad. We starved still we were family. I had a brother who was younger to me. We had great time together.
Years passed. We starved more than before. Dad was an alchoholic. Mom worked but that money was not enough even for dad to drink. Brother was sent to work in a firework factory in Sivakasi. I started missing him. I wanted to work too. My little brother was working and I was at home. This pricked me from within. That is when an agent asked mom and dad if they could send me as a maid to a rich family in Kerela. To my surprise they agreed. I was immediately asked to pack my bags.

Few hours late, I reached Chennai. There were over a fifty girls along with me in the hall. We were all asked to board a bus. We finally reached Kerala. Each one had a story, a different path that led them here. We all exchanged our stories. All of us were from poor, big families. When they can’t feed the kids why do they have kids, that too in large numbers? I kept wondering about this till we reached another big hall in Kerala. Each one of us were assigned work in different homes. We all bid a good bye and left for work. We had to live in the employers house and work. We were said that we would be fed 3 times a day and all our other requirements will be taken care by the family we will be working for. We will be given no salary. We were all sold to these agencies by our own parents.

I was taken to the house I was assigned. The family welcomed me. Uncle, aunty and a son. I was asked to call them as ‘Madam’ and ‘Sir’. I had to refer to the small boy also as ‘Sir’. A week passed. I was treated like a dog. They had a real dog which was treated better than me. They fed me with the left overs of previous day, everyday. Another week passed. 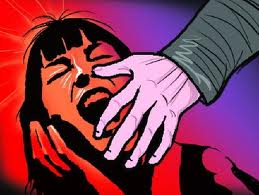 I was shocked when one fine day, Madhava sir misbehaved with me. I did not tell madam about this. This continued a few times, he abused me over and over again. I was scared to tell madam about this. Finally that dark day of my life dawned. There were no one in the house and I was raped by sir. I kept crying till mam came home. The moment she came home I went running to her and told her about everything. I thought she will hate sir for this and send me back home. But I was shocked seeing what she did. She asked me not to go to markets from the next day. I was almost house arrested for the next 4 days. Suddenly a man came and said he was taking me back to my home town. I was happy. I slept off as the car drove. When I woke up I was here.

Zoom out:
“I am into brothal now. We are into brothal now. What was my mistake? Being a member of a poor family? Being a girl child? I did not have parents like yours who were rich and concerned about you. “ Maya said to Nisha.
“I did not love some stupid random guy and run away from parents who scolded me just to make me a better human being.” Maya said to Anushka.
“You girls ruined your own life but mine was ruined by people around, by the poverty, by my own parents, by that woman who considered her husband’s name more than a poor maid’s life. I did not even say I would tell others. I just wanted her to send me back home. But she sent me here.” Maya broke down.

Few minutes of silence prevailed. Maya broke the silence.
“Come on! We don’t have a way out now. Lets stop crying like a new comer. We have been here for ages. Lets fill this damn profile of facebook.” Maya said and took her phone. The others took theirs too.
“What do we have to fill for relationship status? Isn’t it always complicated for us?” Anushka asked.
“It is always complicated but we are always single.” Nisha said. The three girls picked up their glasses of wine and giggled.

My regular readers might be wondering why I came up with this story, which will lead to lot of controversial talks. But I really wanted to type this. One incident led me to do so. I read a newspaper article that a well read girl eloped and married a guy whom she hardly knew. She was finally forced into prostitution. The following day I saw a coverage about how small girls were sent to Kerala as maid and then abused sexually. Then I made it a point to check for similar contents online. To my surprise, that was not the first case. There were hundreds of girls forced into prostitution by the name of love. Lot of rich girls also face such situation and a few have lost their lives when they were drunk and raped.

THIS IS JUST TO MAKE EVERY WOMAN AWARE OF SUCH HAPPENINGS. I WAS UNAWARE TILL LAST MONTH AND I’M SURE FEW OF MY READERS WERE UNAWARE TILL THEY READ THIS.